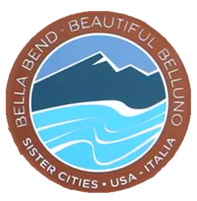 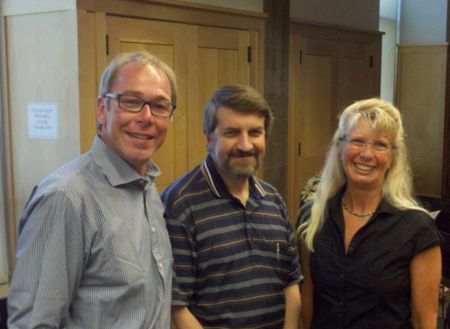 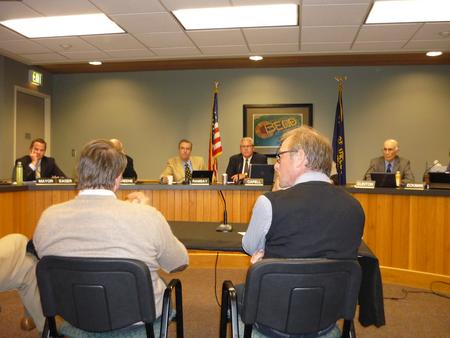 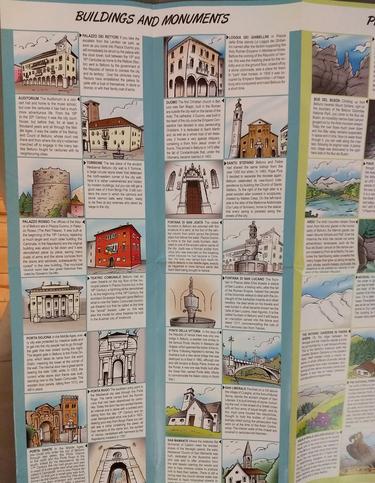 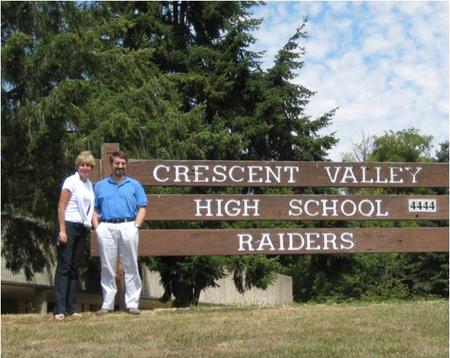 Early in our international sister city relationship with Belluno Jennifer Fallow and the staff at Highland Elementary in Bend introduced the elementary school students to Belluno, our Italian sister city.  One of the storyline projects was to compose a song about Bend and students would share through writing with students in Belluno.  CLICK here to see that early history.
http://www.bendbelluno.org/highland-first-grade.html

Five years later this story comes to life as Heather Knox pulled out some of their kids work from Highland School in Bend.  Jim Knox writes "Our kids all went to a magnet school called Highland. It is a storyline based school where they learn about other cultures in addition to their math, reading and writing.  In first grade (now freshman in high school) the triplets did a storyline based on Italian culture in addition of following a very special story about a composer who needed to compose a song for a festival for the small town of Belluno and got help from all of other local people.  The kids from each class created costumes, selling gelato and singing songs in Italian.  I made a special visit to the class pretending to be the composer and had the kids write their own songs."

Fast forwarding the story, as Jim was working with Marco Perale, to develop their Spring stay in Belluno Jim shared this story .  Marco wrote back "Great story! And actually Belluno has its own composer!  His name was Antonio Miari, he lived in the first half of XIX century and he was a friend to Gioacchino Rossini!!!  In Belluno's city library we have his musical archive with his musical score only handwritten and some Rossini' letters!!"

Marco Perale, a resident of Belluno, is a journalist and historian. He has written several books, and about 80 scientific contributions, about history and art history of Belluno and Venice’ region.  He served 30 straight years in Belluno’s City Council, including two terms as Vice Mayor of Belluno.

According to members of the Sisters City committee, Bend and Belluno are “feel-good places.” Beautiful setting, welcoming people, a significant tourist industry and tasty restaurants are common threads that tie Bend and Belluno.  Having an opportunity to see how another city handles issues and develops solutions is one of the benefits of having a sister city.

“This relationship has opened the door to many meaningful exchange opportunities for both cities,” explained Oran Teater. “We have a lot in common in terms of culture and economy, and this relationship allows us to share knowledge about how each city addresses our shared issues like growth, economic vitality and common community issues.”

An overflowing crowd at Bend Public Library Kicks Off Week of Activities Celebrating Our Sister City Relationship with Belluno, Italy

Angelo and Marco of Belluno Spent a Week in Bend 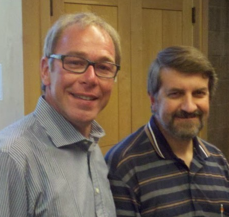 Belluno, Italy became Bend's sister city in 2012. Situated between romantic Venice and the towering Dolomite Alps, Belluno is surprisingly similar to Bend in many aspects. Brimming with culture and history, Belluno offers a refreshingly non-commercialized view into the real Italy.

According to former Bend Mayor Oran Teater and Janie Teater, instrumental in forming the relationship with Belluo and co-chairs of the Bend-Belluno Sister City Committee, the idea of Bend/Belluno developed when Marco Perale lived with Janie's family as an exchange student from Italy in 1974-75. 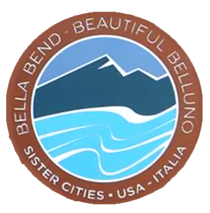 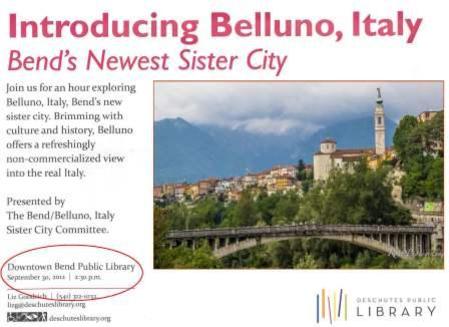 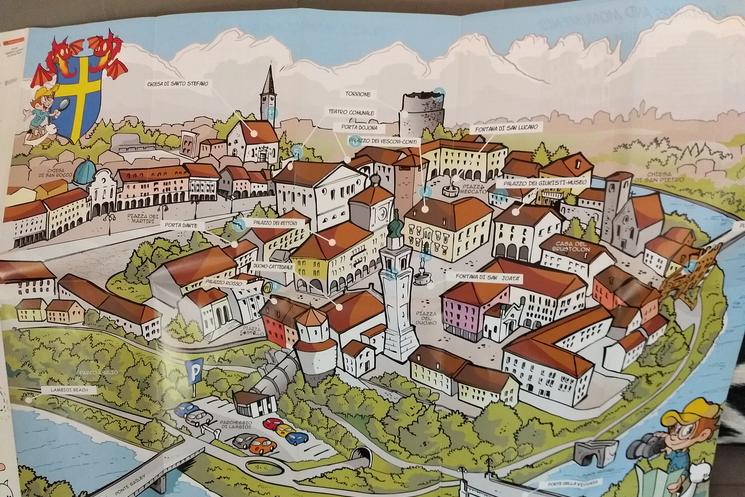 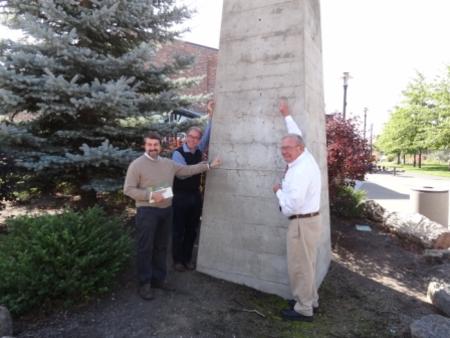 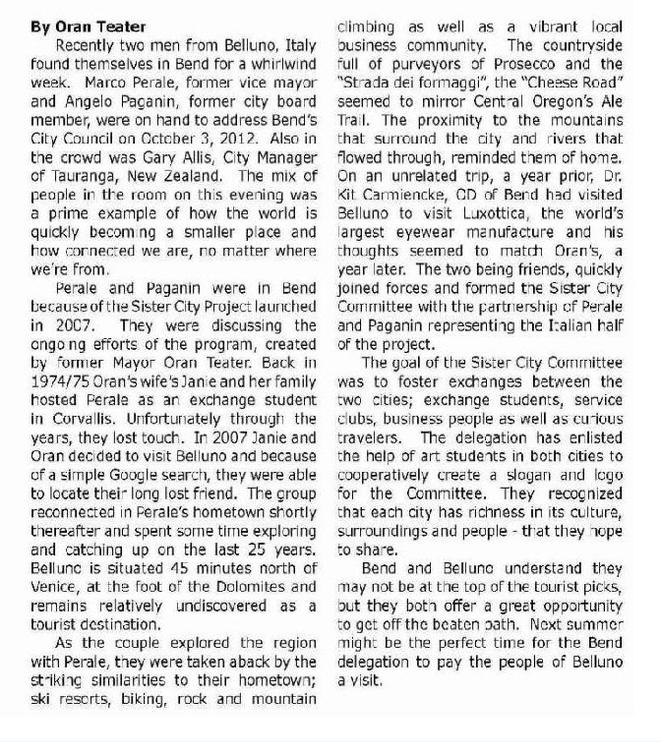